I, like many other humans, enjoy music. I just don’t have any skills in reproducing it in any way, shape, or form.

So, the reason why I decided to pick up a guitar last year was simple: the ladies. My school, populated with highly musical and attractive females, presented a perfect chance to test the waters with music! I convinced my parents to buy this nice guitar. 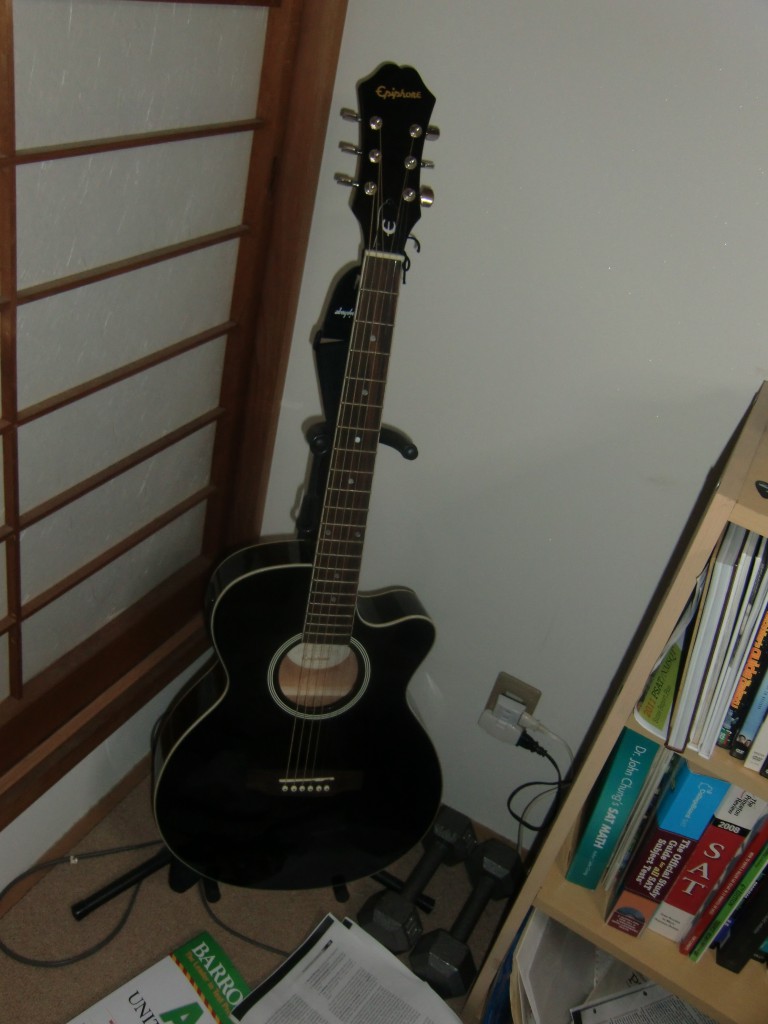 Thus began my evil plan to use music as bait for my very altruistic personality… *coughcough* NOT.

And that quest has been unsuccessful. The evil conspiring thing isn’t me, and it didn’t take off.

Now that I’m a JAM leader and actively participate in my high school youth group, I’ve decided to do something else: rededicate my guitar and fingers to God.

It’s interesting how being a part of these groups has forced me, in some ways, to take on roles I’ve never thought of doing before.

Hopefully by this time next year, I’ll be able to play a majority of JAM worship songs 🙂

And why did I write about this? Because if I make something public, I try to make a commitment to it.