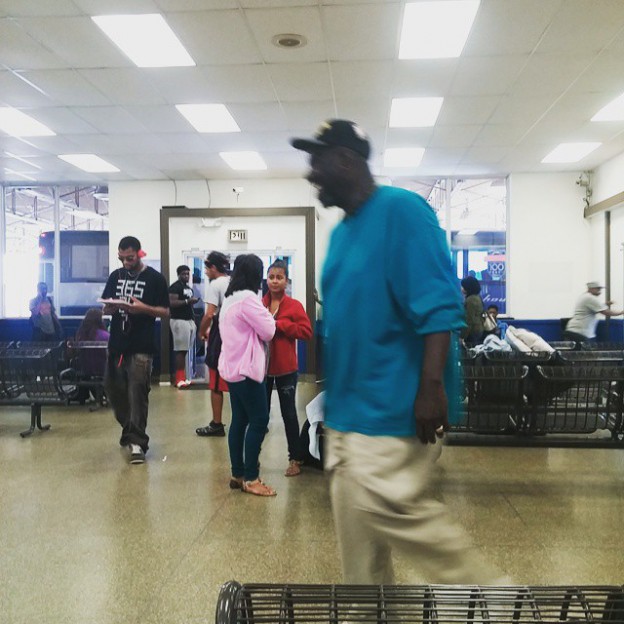 11:40 AM. I’ve finally finished packing everything for the summer, and am ready to get on the 11:55 bus to start my journey to Kentucky. I pull out my ticket, and my heart starts racing.

The bus is scheduled for 11:25. I missed my first bus. Suddenly, there’s a pressure behind my eyes threatening to break and release a torrent of tears.

Alright, what’s done is done. Just talk with the lady at the counter to see what I can do. “Oh, that bus hasn’t gotten here yet,” she said, barely looking up from her phone.

“Are you sure? How would I know when the bus gets here?” I ask.

“I’ll just yell it out,” she said calmly.

Alright. I’m still nervous and am frantically searching for delay information using my phone. Nothing available.

Finally, past noon, the bus arrives. After loading up my undercarriage baggage, I was on the bus. 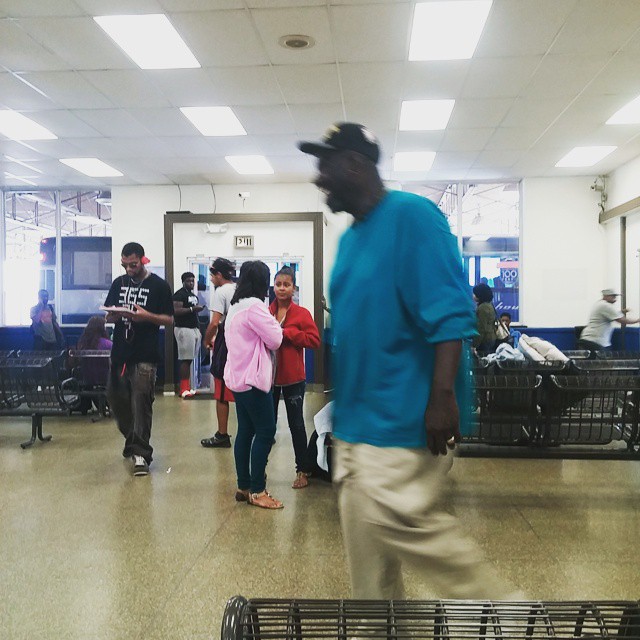 The person behind me had tats and was talking with the person next to him, a college student. She switched majors from pastor to writer. “You can become an ordained minister with online courses, you know. I’m one, even though I’ve never used it” the guy with tats said.

Now, you aren’t supposed to judge by appearance but this guy was old and had tats all over, with a word I can’t remember but didn’t bring pleasant thoughts prominently displayed on the back of his neck. So that guy was interesting.

Then, there was a bicyclist across the aisle. He came from the center of California on the coast, and was heading to Myrtle Beach. He talked a lot about biking through Colorado and other things.

Nothing too interesting on this bus. I had two seats to myself so watched as much Legend of Korra as I could.

There was lots of farmland, and a lot of the ground was sand. Wonder that things grew there.

Bus 3: Memphis, TN to Louisville, KY–confessing to felonies and police

Between Memphis and Nashville, I sat next to a guy who was taller and wider than me. I’m big enough, you don’t have to put two big guys next to each other. While I was trying to get some shut-eye, the guy started talking with a lady across the aisle. He said he stole multiple cars, broke them apart for parts, and sold them. The police came and knew he did something, but couldn’t find evidence. When we got off at Nashville, I switched seats.

At Nashville, we had a two-hour layover. I didn’t feel safe, so chose not to sleep and instead watched some more Legend of Korra. Two hours passed quickly with that.

We got back on the bus, and before we left, the driver asked about a bag that matched the description of mine. Apparently, we were supposed to pick up all baggage and get a baggage claim tag. My bag was almost left in Nashville!

When we did leave, the sun was threatening to rise above the horizon. People didn’t get much sleep, so we wanted to maximize our darkness time. Then, out of the blue, a lot of laughter from the rear of the bus. One of the employees got up to check on the ruckus and give warnings. A woman talked back and said “I can do whatever I want.”

The bus stopped at the next freeway exit and waited for the police to escort her off the bus. She went willingly, it seemed.

I got plenty of sleep after that until nearly Louisville.

Last stretch of the trip. This bus was relatively empty. I watched a whole lot of Fullmetal Alchemist Brotherhood. Finally met up with my parents after starting out with a delay

Interesting people on bus. Tatted ordained minister, a person confessing to felonies, and the police taking a woman off the bus. Every possible Greyhound story happened on my trip.